While doctors still can’t decide if it’s safe to drink while breastfeeding, many women do have an occasional drink without having a clear understanding how it can affect their babies.

It’s pretty clear that large amounts of alcohol can harm your baby. But when it comes to a glass of wine, is it OK to drink one? How much can you drink? How long should you wait before breastfeeding? Should you pump and dump after drinking? How much is too much?

I have the answers!

RELATED: How To Breastfeed Like A Pro. The Ultimate Guide to Successful Breastfeeding 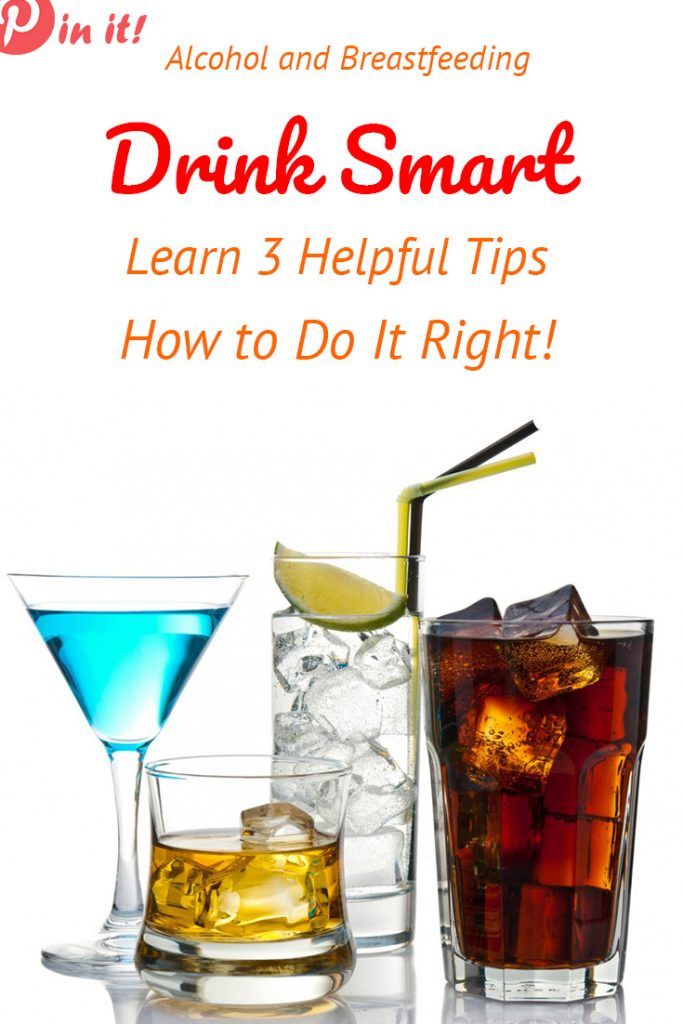 Effects of Alcohol on Breastfed Baby

Drink Smart. Tips for nursing moms who want to have an occasional drink while breastfeeding 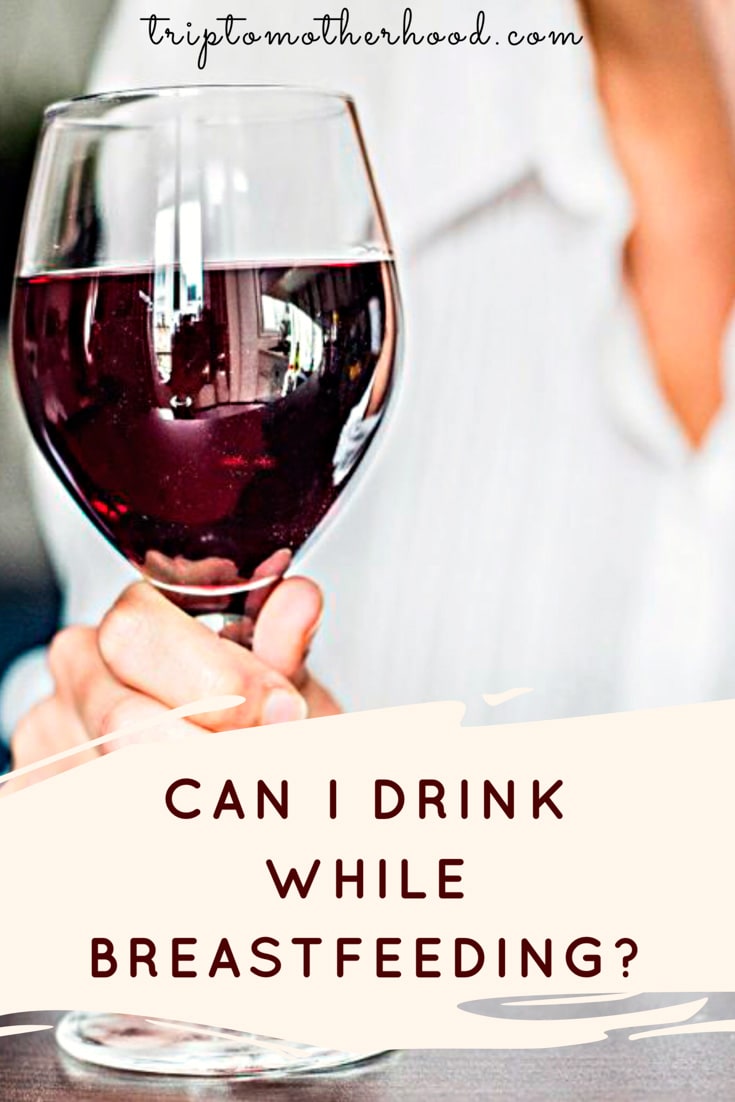 Experts say there aren’t enough studies to show the full picture on the matter. Yet it is highly recommended to stay clear of any kind of alcohol before your baby gets to the first developmental  threshold of 3 months, since the brain of newborns under 3 months of age is still very vulnerable and developing.

If you baby’s older, you can afford yourself a glass of good-quality red wine (about 100-150 ml). But this is not to say that you can drink on a regular basis. One glass of wine once-twice a month is maximum what I personally think is acceptable. 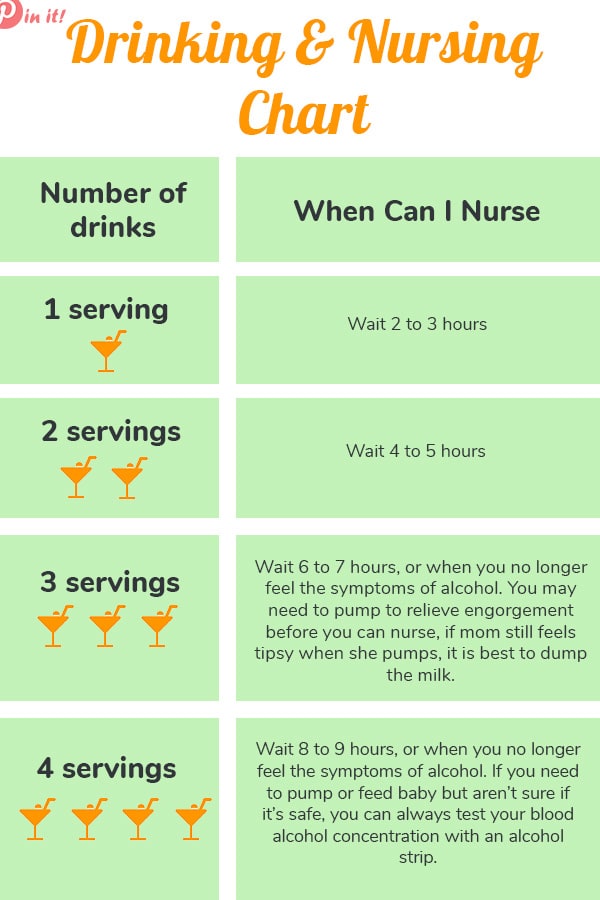 If a mom is going to drink alcohol, she should wait at least three to four hours until breastfeeding the baby

Four hours, as Dr. Herway says, may be a little too much. I’d personally wait at least two hours after drinking alcohol.

Some women think that pumping would help them to get rid of alcohol in their milk. Not quite. Alcohol is constantly circulating in blood-stream until it’s fully cleared from your system, thus it would regularly get into breast milk, so pumping is as useless as an udder on a bull. Better drink water after having some wine to speed up the clearance period. Stick to the following formula: 1 glass of wine + 1 glass of water. And you’ll be fine. 😉 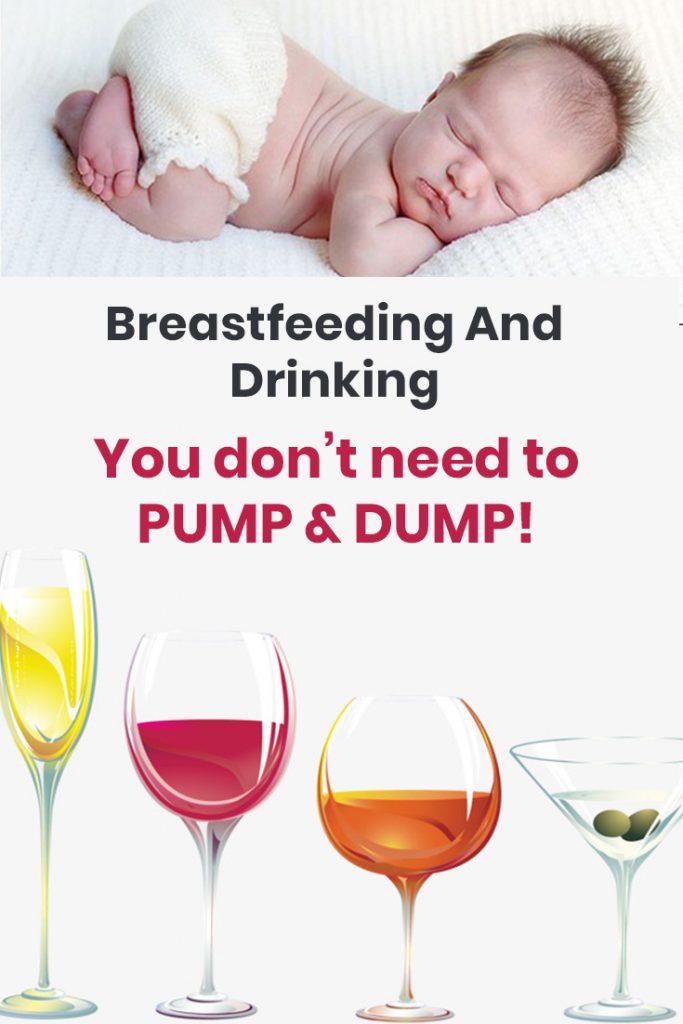 It’s always better to plan ahead. So if you are to drink alcohol and will have to breastfeed soon after, there are two things you can do:

If you decide to bottle-feed, don’t forget to “pump and dump” to prevent some breast pain that can be a result of a skipped feeding.

If you are still not sure whether you can drink alcohol when breastfeeding or not, here’s 13 facts you need to know about drinking alcohol and breastfeeding that will help you make the right call.

WHAT EVERY MOM SHOULD KNOW

The younger the baby is, the less his organism is adapted to metabolizing alcohol. Newborns don’t have this ability whatsoever. The baby’s liver is not capable of processing even a small amount of alcohol, which means that all the harmful substances in the alcoholic beverage will poison the internal organs of the baby.

Of course, it’s not so much the alcohol itself that negatively affects the baby’s body, than the quality and quantity of the consumed alcohol beverage by the nursing mother. The more alcohol is consumed – the more time it takes for the body to metabolize it, thus more quantities of alcohol may penetrate into mother’s breast milk and end up in the baby’s body (if you breastfeed right after drinking or when you still feel buzzed).

Alcohol may negatively affect the process of milk production

It means that if you ever struggled from low milk supply, it would be wise to stay out of drinking alcohol during the whole period of breastfeeding because even the occasional consumption of alcohol may dramatically decrease milk production.

WHAT I PERSONALLY FIND NORMAL

Okay, I have to confess. There were times when I had a glass of wine almost every week (or even twice a week). It all started from our trip to France where refusing from drinking wine was almost illegal. Kidding, of course, but it really felt like it! 🙂 My baby was 9 months that time. Then we got back home. I started working a little. I was sleep deprived. I still had to run the household chores and be a good mother to my son. I would describe this period as highly stressful. At some point I became frustrated because it seemed I wasn’t succeeding in any sphere of my life. So having a drink over dinner was my meditation.

As my son was breastfeeding 24/7 on demand and waking up every 2 hours asking for a boobie to sooth himself back to sleep, I quickly realized I must set some boundaries in terms of drinking alcohol while breastfeeding if I don’t want to harm my baby. So I put myself together and admitted I was fighting stress with alcohol, which is wacky and sounds like an addiction. I then came up with some rules that helped me have an occasional drink without having second thoughts or feeling guilty about it.

So my advice to you (if you’re a crazy wine lover like I am) is to come up with some rules you’re going to follow.

Here’s what works for me

Did you drink alcohol while breastfeeding? Are you absolutely against consuming alcohol till the end of breastfeeding? Share your thoughts in comments below.

Sharing is Caring! Pin it for later.

Cheers to all of you! I'm Jane. A mother to a handsome little boy, a wife to an an amazing man, a coffee drinker and a red wine lover. Let's be friends! Shall we? :) I have some great secrets on breastfeeding, parenting and healthy lifestyle I'd like to share with you. I've started this blog when my life's changed completely overnight - when I became a mother and a whole new (somewhat scary and completely unknown) world had opened its gates to me. I had no idea how to figure this motherhood thing out. (And I still don't! But I'm getting there. I hope). So I started digging in, researching and writing what I was most unsure of as a new mom - Breastfeeding. I hope I have loads of helpful knowledge for you right now. You are welcome to read. And, hey, stay tuned. Because, you know what? I'm going to share even more. Love, Jane.

If you're breastfeeding and would like to share your experience, problems or fear with the readers of this blog, you're welcome to join as a co-author. Tell us about your breastfeeding journey. Your story will get seen by 100K+ readers!